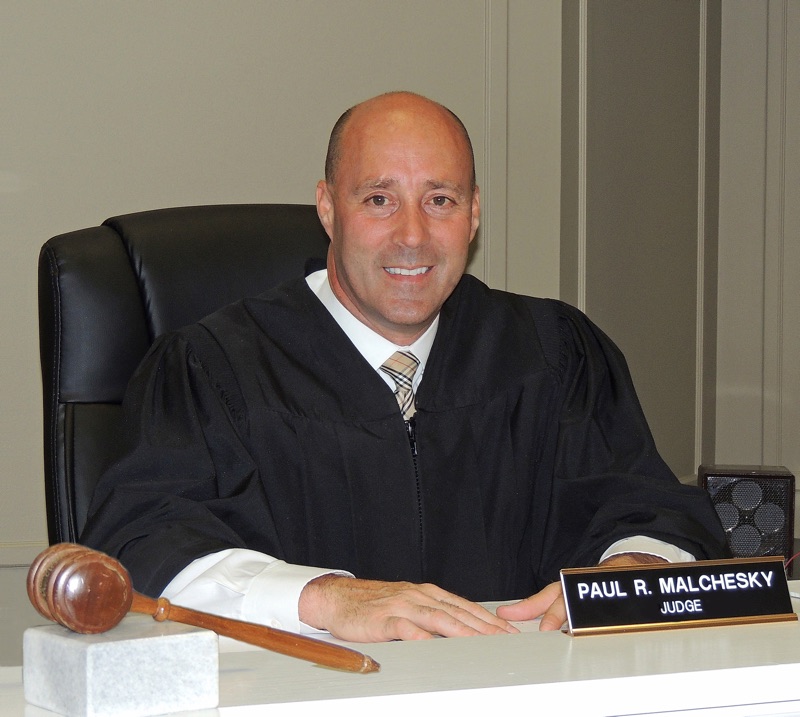 In this Court, Judge Paul R. Malchesky is known by litigants as someone who listens to them, even if they are not correct on the law or the facts. Judge Malchesky seeks to understand the litigants involved in court matters.

“It has always been my notion that we treat people as we would want to be treated. We will keep doing that. At the end of each day, we ask ourselves ‘Did we do good work today’ and we continue to answer YES."

Prior to his current position, Judge Malchesky was in private practice of law for 22 years. He served as Managing Partner of Cannon, Aveni, & Malchesky Co., L.P.A., (formerly Cannon, Stern, Aveni & Loiacono CO., L.P.A.) in which he sold all interest prior to taking the bench.

Also prior to his current position, Judge Malchesky was voted into office each of four consecutive terms (14 years) as Concord Township Trustee. Judge Malchesky led Concord and eventually other communities in Painesville Municipal Court’s jurisdiction to contract with the Lake County Sheriff’s Department for additional policing necessary to continue to increase safety. While Trustee, Judge Malchesky steered the residential property value in Concord to increase on average by $57 million per year by creating the Joint Economic Development District (JEDD) and continuing to ensure Concord’s zoning and planning produced valuable housing stock.

Judge Malchesky served as the 2018-2019 President of the Lake County Bar Association, an organization of 450 attorney members who are dedicated to advancing our system of jurisprudence and improving the administration of justice. He served as the Chairman of Lake County East Council of Governments and served as legal counsel for Laketran Regional Transit Authority, Harpersfield Township, and Lake-Geauga Recovery Centers, Inc. He served on the Lake County Grievance Committee for twelve years (Committee Chair, 2011-2013) and was appointed by Judge Paul H. Mitrovich to Grand Jury Foreman for Lake County Court of Common Pleas in 2006.

Judge Malchesky has lived in eastern Lake County his entire life. It’s where his parents, Paul and Carol, raised his siblings, Mike, Christina, and Mark. It is where his wife, Betty Jo, and he chose to raise their children, Emma and Dan.

Painesville Municipal Court has been close to the Judge’s work and life for as long as he can remember. It stands in the same square block the Judge spent much of his youth and adult career and where his grandfather, Judge Richard A. Hoose, served 13 years as the first judge of Lake County Juvenile Court. The Painesville Municipal Court and the square block around it is where this Judge has invested his time and skills in the field of law and serving the legal matters of this community. Lake County is where the Judge served in law as well as in elected office, on appointed boards and foundations, serves his church, and coaches youth sports. Judge Malchesky has a proven record of responsive and conservative leadership, intentionally connecting the dots between government, law, and our collective interests for a safe community that progresses with the needs of the time.

As Painesville Municipal Court Judge, Paul ensures the Court remains among the most efficient courts in the State of Ohio. If you know him, you know he will serve the public with patience, open-mindedness, punctuality, firmness, compassion, and common sense. He continues to build on the cooperative partnership he has established with the law enforcement, bar association and respective government officials.